home > The books > The Facts of Life 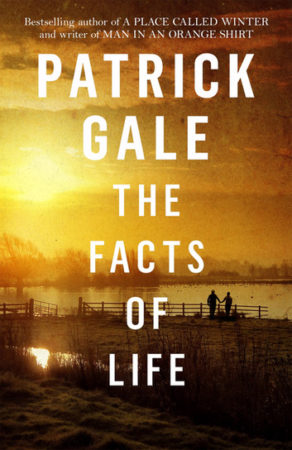 Edward Pepper is an exile, saved from Nazi Germany in the Kindertransport as a child, ostracised in England as a German Jew, then cut off still further by developing TB. He is saved, in every sense, by Sally, the doctor who becomes his wife.

Thanks to their unmarried benefactors, they set up home in The Roundel, an octagonal house always inherited by women, where she supports him as he struggles to make a living as a composer. But Sally’s strength of character cannot protect him from his past or from the predatory interest of Myra Toye, an actress he encounters while working at a film studio.

Years later Edward’s grandson and granddaughter work out a drama of their own when he falls in love and develops AIDS in one fell swoop and she feels compelled to rebuild her life around the precious years that remain of his. Patterns repeat themselves with subtle alterations and once again Edward must face the pain of a survivor’s guilt.

Legendary Chatto and Windus editor, Carmen Callil had suggested Patrick could at once stretch his technique with a longer literary form and indulge his fascination with intimate relationships by turning his hand to a family saga. This was the result: three generations of a family working out their loves and recriminations in a strange country house in the Cambridgeshire fens. Continuing to inhabit the dark areas that seemed to erupt into Gale’s work with The Cat Sanctuary, The Facts of Life is not without humour, but it’s a humour deeply rooted in and enriched by a knowledge of human pain.The Roundel is closely modelled on A La Ronde, an extraordinary house near Exmouth now opened to the public by the National Trust but which Patrick had the good fortune to be shown around when it was still owned by the last of the many female generations to had exclusive use of it.

To hear an extract from Patrick’s recording of the audiobook, click here.

Read an extract from The Facts of Life (PDF download)

Read an extract from The Facts of Life (Kindle Preview)

Buy The Facts of Life

Reviews of The Facts of Life

A wonderfully readable family saga. Fifties movie stars, waspish dons and wise old women make up the supporting cast in a novel that is as straightforward as it is otherworldly – like reading Iris Murdoch without the puzzles.

Gale’s wit and understanding of character help to fend off any “bonkbuster” atmosphere. He even manages to make the overall tone upbeat and optimistic. The result is a must for all incurable romantics: Mills and Boon with literary cred.

Punter What’s On In Sussex

Gale deals with all manner of human emotions so thoroughly that, although impossible, it seems he has experienced them all himself… The Facts of Life was a magnificent novel, warm and witty and I would have to agree, achingly true and beautiful.

This novel is too deftly characterised, deeply involving and relevant to be dismissed as a saga. A memorable achievement.

One associates Gale with small, perfectly formed novels written in gossamer-like prose. Here he has attempted something more like a saga in length and scope. But the quality of the writing is unaffected by the change in tack. It is beautifully done.

It is impossible to put The Facts of Life down. A rural English blockbuster.

Find a deckchair and settle down for a good read.

Although Gale dwells more on the present, his imaginative realisation of 1940s provincial life, quaking from the social aftershocks of war, is remarkably vivid. Throughout, his insight into both male and female experience is Tiresian. Despite the plethora of ideas, what shines through in this novel is a refreshing optimism. Gale believes in the ability of ordinary people to face tough challenges heroically, and in their natural inclination towards fair-mindedness, if only given the chance.

A subtle, enthralling work, it envelops the bare necessities of living and dying with an evocative sense of social history and prevailing prejudices. Past and present are conveyed with an acute eye for the telling detail while all the characters are drawn with an emotional and intellectual complexity that renders them unpredictable and real. Well written, unerringly true and very moving, the book reveals Gale to be an unabashed romantic and a novelist of increasing accomplishment.

Patrick Gale shows in his sensitive treatment of so many different kinds of love, just how far we’ve progressed towards a kinder way of living – and how far there is to go.

If this all sounds a bit soapish, that is exactly Gale’s intention. For one of the many clever things he does in this novel is to adopt a melodramatic, cinema-style for the Forties, and a faster, television style for the Eighties. In doing this he eschews the rather trendy, laddish literary pyrotechnics of his contemporaries and delivers a novel that is refreshingly fluent, accessible and continually engaging.

The storytelling is vigorous. Gale is good at piling on the emotion, switching between idyll and upheaval in the manner that has brought best-selling fame to Gabriel Garcia Marquez and Catherine Cookson alike.

Imbued with a cast of captivating characters, it grippingly explores and demonstrates the elasticity of family ties and the nature of survival.

Gale is both a shameless romantic and hip enough to get away with it. His moralised narrative has as its counterpart a rigorous underpinning of craft. This reads, page by page, like a superior gushy blockbuster, but has, as part of its form and subject, a sober consideration of the place of sentiment and rigour in life and art.

Patrick Gale chronicles the facts of life that steer a family through three generations in East Anglia. What lends an operatic scale to this superb and often sobering novel are the themes (birth, death, love, creativity) and topical afflictions (the holocaust, street crime, AIDS) ordaining their fate. Wonderfully vivid, this novel is peopled with characters who compel you to care.

Patrick Gale offers us so much more than facts in this extraordinary blockbuster of a novel. Spanning three generations, from the 1940s onwards, it describes a family saga of wide-ranging proportions. Its exploration of family ties and tyranny is encompassed within a deft narrative. Much like the late Ivy Compton-Burnett, Gale presents us with a family saga which both questions and defies present day morality. Always fluent, Gale manages to be both brutal and witty. His analysis of the family tree is rooted in compassion and insight and expounded resoundingly well.

A monumental feat of imagination, achingly true and beautiful. I’d be hard pressed to recall the last time a novel so totally captivated me.