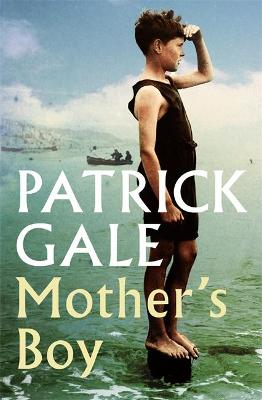 Patrick’s seventeenth novel is his first fully historical one since A Place Called Winter. It is based around the known facts of the boyhood and youth of the great Cornish poet, Charles Causley and the life of the mother who raised him singlehandedly. 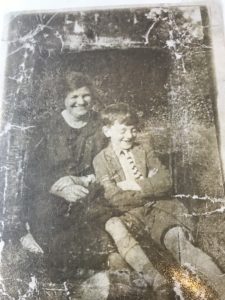 Laura, an impoverished Cornish girl, meets her husband when they are both in service in Teignmouth in 1916. They have a baby, Charles, but Laura’s husband returns home from the trenches a damaged man, already ill with the tuberculosis that will soon leave her a widow. In a small, class-obsessed town she raises her boy alone, working as a laundress, and gradually becomes aware that he is some kind of genius.

As an intensely private young man, Charles signs up for the navy with the new rank of coder. 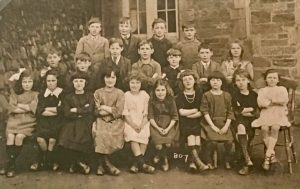 His escape from the tight, gossipy confines of Launceston to the colour and violence of war sees him blossom as he experiences not only the possibility of death, but the constant danger of a love that is as clandestine as his work.

Mother’s Boy is the story of a man who is among, yet apart from his fellows, in thrall to, yet at a distance from his own mother; a man being shaped for a long, remarkable and revered life spent hiding in plain sight. But it is equally the story of the dauntless mother who will continue to shield him long after the dangers of war are past.

To hear the first pages of Patrick’s  recording of the audiobook, available from March 1 2022, click here. 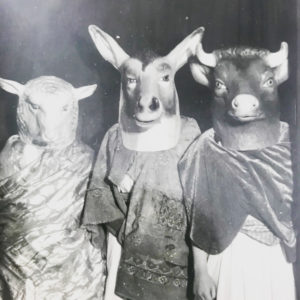 As a patron of the Charles Causley Trust Patrick was already passionate about Causley’s poems and wanting to get them read by a wider audience but it was only when he started to look more closely into the poet’s life that he hit on the idea of basing a novel on him. “The cliche is for a poet to lead a dissolute life, breaking hearts, wrecking their health and dying young,” he says, “But Causley breaks with that pattern entirely, being neither bad nor mad but an devoted primary school teacher who lived alone with his mother until her death and who went to the grave adjoining hers late in life and without a breath of scandal. In the years since his death, however, I kept hearing 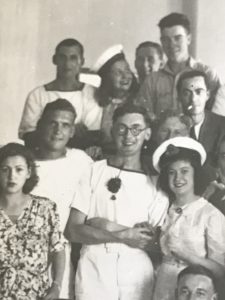 people saying that he was gay, or basically gay, though never linking his name to anyone’s. When I began to work my way through the considerable Causley archive at Exeter University, I not only found clear evidence that he was more interested in men than women, but increasingly found I had other common ground with him: in his early, very keen study of the piano and in his early dreams of becoming a playwright. The differences between us were vast, of course, as he was raised in considerable poverty and felt obliged to keep his inner self a secret all his life. He seemed to have laid out the clues in plain sight, like a tantalising breadcrumb trail for me to follow. 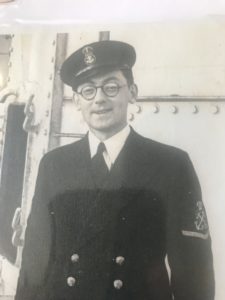 Whenever he was asked why he never wrote his memoir he would always reply that it was all in the poems so I began to reread the poems more clearly and found one in particular, Angel Hill, which reads like a haunting confession. And then there was his training as one of the first generation of naval coders which handed me the perfect metaphor for a man hiding himself in layers of secrecy as well as the perfect training for him to receive as a poet.

I found I was equally fascinated by Laura, his mother, for her ingenuity and single mindedness in raising a brilliant child alone and unsupported when her own education was pretty limited. She had left so few traces behind her, compared to him, that I had to extrapolate her character from his handful of autobiographical sketches, reminiscences of his friends and from the traces of her influence in his characteristic poetical voice: wryly Cornish, solidly good without being pious, blessed with country wisdom. I had worried at first that, once WW2 broke out and Charles left her side, her story might be lacking in incident, but then I started looking at just what had gone on in Launceston during the war. What with German and Italian POWs and a racially aligned mutiny among black GIs, it came to seem almost as dramatic as the adventures and traumas awaiting her son…”