home > The books > A Sweet Obscurity 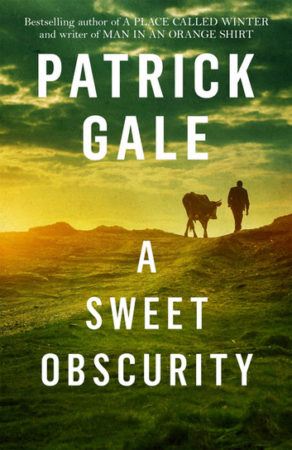 A Sweet Obscurity is told from the alternating viewpoints of four characters. Eliza is a musicologist who has lost her way, wrecked her marriage with a foolish liaison and is now living in some squalor in a council flat. Giles is her estranged husband, an operatic counter tenor. Julia is his girlfriend, assistant to his machiavellian lesbian agent. Pearce is a Cornish beef farmer, as yet unconnected to any of them.

Running through the four strands, ensnaring the adult’s hearts and effectively controlling their destinies, is Dido, the niece Eliza adopted on her sister’s death. Dido has stumbled upon a terrible secret but is realising that none of the adults in her life is strong enough or focussed enough to help her deal with it…

The title is not quite a quote from an Elizabethan song lyric. In the novel Eliza chances on the manuscript of a lost madrigal by a bisexual composer who left Elizabeth I’s court after a scandal to cultivate “a second, quieter love” amid “country goodness and a sweete obscuritie” on his family’s remote estates in Cornwall. Apparently a piece of minor narrative colour at first, this lyric comes to stand for what all five characters are pursuing – a place of safety in an insecure and vainglorious world.

Patrick has an active dream life which has often helped him with his writing but this is the first of his novels to have been inspired by a dream.

Read an extract from A Sweet Obscurity (PDF download)

Read an extract from A Sweet Obscurity (Kindle Preview)

Reviews of A Sweet Obscurity

A small girl called Dido — lively, engaging and convincingly intelligent — is at the centre of Patrick Gale’s intriguing and impressive novel. A shadow is cast over the child’s life from the start. Since her mother’s death in a climbing accident, which might have been suicide, she has lived with her aunt, Eliza, who is haunted by fears that the mother’s medical problems (at this stage, the terrible details are only hinted at) might have been passed on to the child. Gale writes about the complex Eliza with shrewdness and sympathy. She dearly loves her niece, left to her care as a baby, but she is lonely, short of money and lives in a dreary London council flat; painfully honest, she acknowledges how much she misses her time as an Oxford student researching Elizabethan music. When the precociously sensitive Dido asks when she was last truly happy, Eliza recalls, nostalgically and guiltily, life before her sister’s death “thrust motherhood” on her.

Their lives are complicated by the presence of Giles, who shared a flat with Eliza in Oxford — he fell in love with her, he admits now, when he saw her with the baby Dido. He still claims, when it suits him, a paternal role in the child’s life. A professional singer, a counter-tenor who has parlayed his minor talent into a moderately successful career, he is helped by his ambitious wife, an agent “good at telling people they were wonderful”. Gale views the fashionable couple with a sardonically amused detachment that darkens, disconcertingly, when we glimpse Giles’s self-centred, inappropriately sensual relationship with the child.

The novel is perhaps over-long, and sometimes seems too elaborately and self-consciously plotted. The London story is interrupted, confusingly at first, by chapters detailing the life of another unhappy character: a Cornishman called Pearce who, after his father’s death (probably suicide), has reluctantly taken over the family farm and spends lonely evenings calling up pornographic websites. Pearce’s eventual meeting with Dido and Eliza seems at once predictable and contrived.

But Gale always writes knowledgeably and entertainingly about music, whether in Giles’s career or Eliza’s research, which is, to her surprise, revived by a visit to a madrigal group in Cornwall. His greatest strength lies in his sensitive evocation of those transient, often indefinable states that reveal the truth about people’s deepest desires and discontents. He explores, with tenderness and understanding, the unexpected feelings that grow between Eliza and Pearce, and offers a memorable study of a child forced cruelly, even tragically, to grow up much too soon.

Patrick Gale’s novels have become progressively more difficult to précis; none more so than A Sweet Obscurity, his longest and most ambitious since The Facts of Life in 1995. Like its predecessor Rough Music, A Sweet Obscurity is set in Cornwall, where Gale now lives. It shares with that work a fascination with untypical relationships and families. Equally evident are the characteristic hairpin bends of storyline and Gale’s disarmingly relaxed exposition of malice, incompetence and the human instincts of attraction and dislike. As in Rough Music, landscape plays a distinct role. Again one is reminded of Hardy – though also of interwar women novelists like Ivy Compton-Burnett and Rosamond Lehmann.

Lehmann’s The Ballad and the Source was narrated by 10-year-old Rebecca, who described grown-up passions from a child’s perspective. Gale’s novel revolves around a heroine of similar age, Dido. Ever perverse, he bestows on Dido the maturity withheld from her non-biological “parents” Eliza (actually her aunt) and Giles. These have, in turn, separated.

Each becomes involved in a sequence of proliferating relationships. The angelic-looking Giles is seeing Julia, whom he likes but cannot love. He finally feels able to propose to her – not when she becomes pregnant, but when she pretends to have lost the child. Giles is disturbed by the sexual dreams he starts having about stepdaughter Dido. An innocently meant but arguably indecent photo he took of her develops an exceptional power over him and the novel. Meanwhile, the more straightforward Cornish farmer Pearce takes up with Eliza, just as her postponed academic career looks set to propel her from the farm that is his birthright and universe.

Lehmann and Compton-Burnett shocked their contemporaries with brutal accounts of then-taboo subjects like homosexuality, abortion and abusive parenting. Gale does likewise. Though the paedophile theme may seem modish, it remains daringly off-centre. Peripheral characters are typically well drawn – like the bisexual, amoral rake Villiers. He provocatively tells a dinner party he was “a filthy little boy”, “gagging for it” aged 10. Otherwise Gale’s players are pretty much all heterosexual, though unorthodox in taste. (There’s the usual run of girls dressing like boys). An exception is the Elizabethan poet-composer Roger Trevescan, subject of Eliza’s studies and early victim of a gay smear campaign.

Contemporary classical music features prominently, as Giles is a professional counter-tenor. Accounts of this tiny world include a hilarious account of a “transgressive” staging of Britten’s Midsummer Night’s Dream. The director “had toyed … with the idea of naked boys, ones as near the illegal age as possible, but abandoned that since none could be found who were both willing to strip and able to sing treble.”

The title of this 12th book by the prolific Gale (just 41 this year) could not be less apt. The commercial triumph of Rough Music leaves his name far from obscure – especially among his legions of female fans. If some readers found his earlier novels a little saccharine, A Sweet Obscurity provides a strong, even bitter corrective. This is arguably his most questioning, troublesome work. It amuses, startles and occasionally bewilders. A Sweet Obscurity is worth every minute of your time.

Giles Easton, the counter-tenor at the heart of A Sweet Obscurity, is rehearsing the role of Oberon in a radical-chic production of Britten’s A Midsummer Night’s Dream. Puck’s line from the Shakespeare source-play, “Lord what fools these mortals be”, might stand as an epigraph for both the gentle comic tone and the genial romantic plot of Patrick Gale’s new novel. Like Shakespeare’s work it deals in relocations. Where, in Dream, the mortals are transformed in the forest, Gale’s arty Londoners are transported to Cornwall where they discover both an alternative rhythm of life and a healthier way of living.

At her mother’s death, Giles’s estranged wife Eliza returns to her native village with her foster daughter, Dido. There she meets and falls for Pearce, a rugged, middle-aged farmer. Giles, meanwhile, travels to a festival with his music agent girlfriend, Julia, to watch one of her clients give her final public performance. Along with an eccentric cast of minor characters, they play out a rich comedy of sexual and familial confusions.

While poking fun at urbane, sophisticated metropolitan types, such as one music agent whose “dark secret was that she hated opera”, Gale displays the highest esteem for people such as Pearce’s sister, Molly, who “radiated a quality that had nothing to do with status and everything to do with the uncomplicated acceptance of how life was”. It is contact with Molly and her kind that allows even the most jaded figures — notably the musicologist Villiers Yates — to attain a kind of integrity.

There is a darkness in the novel but it never impinges on proceedings for long. It is Gale’s generosity of spirit and Neo-Romantic perspective that make his such a rare and welcome fictional voice.